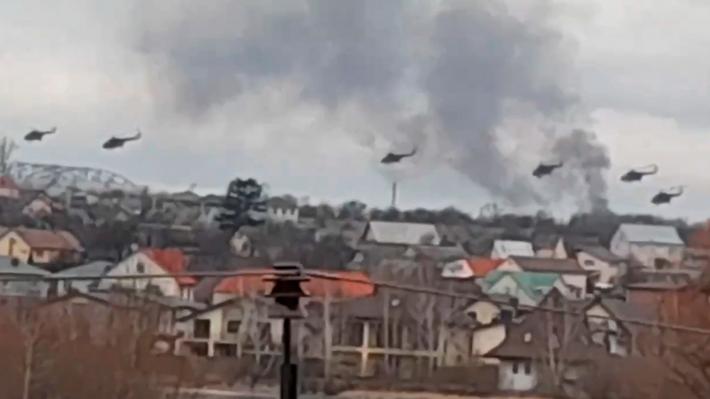 The Association des Travailleurs Grecs du Québec condemns Russia’s unacceptable military intervention and invasion of Ukraine. This is the formal start of a war that has been prepared for all the previous years and concerns the competition between two imperialist camps. On the one hand USA – NATO – EU and on the other Russia compete for profits, for the sharing of markets and territories.

The interests of the Greek people, the Canadian people, all peoples, are in their own struggle against war, not in choosing an imperialist camp.

With the responsibility of all the governments in our country of origin, ND, SYRIZA, or KINAL, Greece, from Alexandroupolis to Souda, has been turned into a vast NATO base. It has also been turned into magnet for retaliation, as Russia has admitted.

We have already paid too much for NATO armaments. We are still paying too much with the soaring cost of living and the energy poverty that chokes the people both here in Canada and in Greece.

It is only the peoples are sovereign. They must condemn the bourgeois classes and governments of their countries leading them to slaughter, both in Ukraine and Russia, everywhere.

B. Brecht: “… their war kills whatever their peace has left over… ”

B. Brecht: From A German War Primer (extracts)

WHEN IT COMES TO MARCHING MANY DO NOT
KNOW
That their enemy is marching at their head.
The voice which gives them their orders
Is their enemy’s voice and
The man who speaks of the enemy
Is the enemy himself.

IT IS NIGHT
The married couples
Lie in their beds. The young women
Will bear orphans.

GENERAL, YOUR TANK IS A POWERFUL VEHICLE
It smashes down forests and crushes a hundred men.
But it has one defect:
It needs a driver.

General, your bomber is powerful.
It flies faster than a storm and carries more than an elephant.
But it has one defect:
It needs a mechanic.

General, man is very useful.
He can fly and he can kill.
But he has one defect:
He can think.