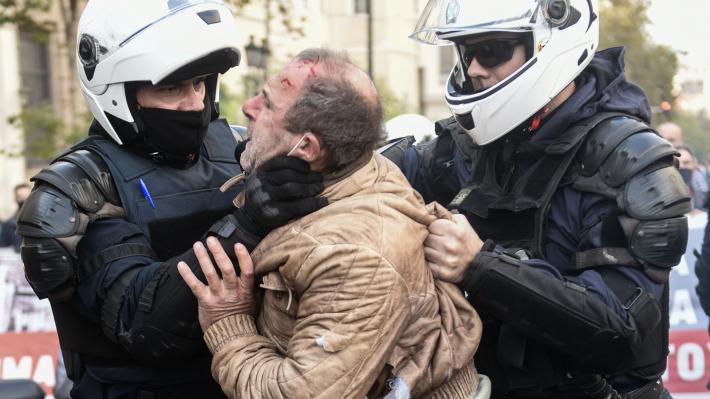 The Association des travailleurs grecs du Québec and the Association des resistants condemn the unprovoked attack by the police forces during the demonstration for the 47th anniversary of the Polytechnic uprising against workers and youth, who organised symbolic mobilisations at the US Embassy in downtown Athens to honour the anniversary of the uprising, observing as planned in an exemplary manner all measures to protect public health.

The message of the Polytechnic’s uprising, of relentless struggle in all circumstances, was heard loud and clear. And we, the Greek immigrants of Montreal, workers, labour veterans, young people who are experiencing similar problems with the crisis, the pandemic and the insecurity in our health, life and rights, express our full solidarity. The government’s plans have been cancelled in practice.

The message of the Polytechnic uprising remains valid. “BREAD – EDUCATION – FREEDOM” was heard again this year as it is every year and here in Montreal at the Association’s online event because even under the masks we have a voice. We continue!